Holiday Inn Club Vacations is committed to providing a safe resort experience for both guests and team members. Click to learn more about our new Safe Travels program. 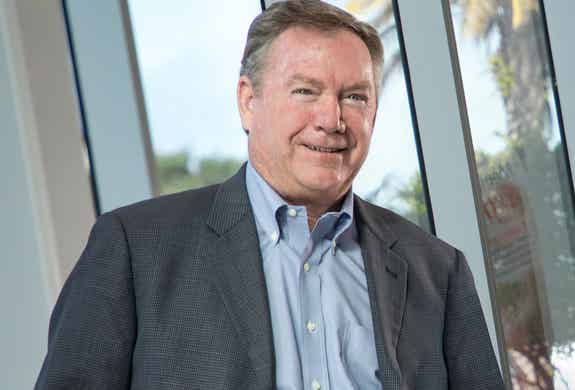 Don Harrill is vice-chairman of the Holiday Inn Club Vacations Incorporated board of directors. He served as chief executive officer of the company from 2005-17, leading the organization to 12 years of consecutive record growth and becoming a key voice within the timeshare industry.

Don arrived to the company with more than three decades of experience in the hospitality industry, eight of those at the helm of industry-leading timeshare organizations Trendwest Resorts and Hilton Grand Vacations Company. Prior, he had spent 20 years with Hilton Hotels Corporation. During that time, he rose from general manager of Hilton Franchise Hotels in Florida and Michigan to regional senior vice president for its southeastern U.S. franchise hotel operations. This culminated with a position as executive vice president of Hilton Inns, Inc. and its 225-hotel franchise network. There, Don introduced new brand, product and service guidelines that earned his organization the top industry ranking among all hotel franchise systems for four straight years.

Don is the past chairman of the board of directors of the American Resort Development Association (ARDA) and is the current chairman of the ARDA International Foundation board of directors. Don continues to lead the fight for fair and equitable government regulation of the timeshare market to protect owners and maintain ongoing industry health. He is a member of the Christel House board of directors and has also held various membership positions within The Urban Land Institute and the lodging industry. He is a graduate of the Harvard Business School Executive Program and attended Cornell University and the University of New Hampshire.

“A new generation of traveler is rapidly changing the vacation marketplace. To create meaningful vacation experiences, you must anticipate and personalize your guests’ needs—and then surpass them with every stay.”