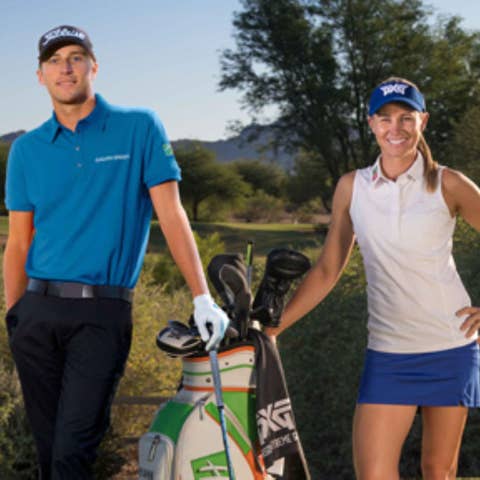 ORLANDO, FLA. (July 2, 2018) – Golfers Richy Werenski, PGA Tour, and Ryann O’Toole, LPGA Tour, sponsored by Orange Lake Resorts, home to the Holiday Inn Club Vacations® brand, are enjoying career-best years. Both finished near the top of their latest tournaments. Werenski, in his second year on the top golf tour in the world, finished tied for fourth at the FedEX St. Jude Classic and O’Toole, a seven year LPGA professional, tied for third at the Walmart NW Arkansas Championship and tied for 18th this past weekend at the KPMG Women’s PGA Championship.

“We are so proud to support two terrific golfers and people,” said John Sutherland, Executive Vice President of Sales & Marketing for Orange Lake Resorts. “Golf is one of our most popular resort features. To have two wonderful brand ambassadors that our owners and club members can follow further strengthens our commitment to the game and our Holiday Inn Club Vacations brand family.”

Werenski has earned more than $742,000 this year and, currently sitting in 111th place, is poised to make his second FedEx Cup appearance. Just 125 PGA players make the tour’s FedEx Cup playoff format, which is a four-tournament playoff that cuts the field weekly to determine the final 30 players. Last year, Werenski made a late charge to make the PGA Tour’s end-of-the-year playoff, reaching the second round before being eliminated. He has career professional earnings of more than $2 million.

O’Toole’s third place finish outshined her career best sixth-place finish at the 2011 Safeway Classic Presented by Coca-Cola. Her finish at the Walmart NW Arkansas Championship moves her to position 38 in the CME Race to the Globe rankings. With more than $261,000 in winnings this year, O’Toole is ranked 42 on the 2018 money list. She has career professional earnings of more than $1.4 million.