Chairman of the Board 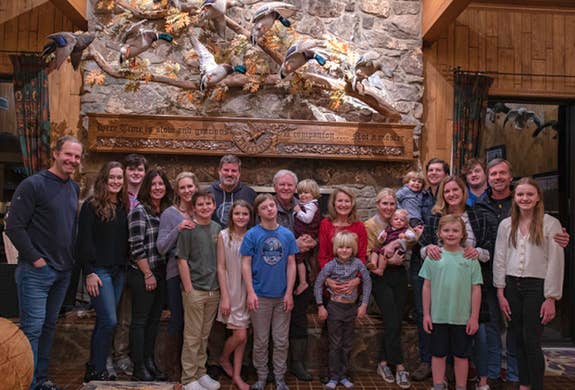 Sharing a getaway with our kids and grandkids

As chairman of the board of Holiday Inn Club Vacations Incorporated and son of Kemmons Wilson, founder of both the company and Holiday Inn, Spence Wilson has been a guiding force in bringing his father’s vision to life. In 1970, Spence joined the staff of Kemmons Wilson, Inc., real estate and investment firm, where he was named president in 1973. In this capacity, he is responsible for overseeing the 75 businesses that comprise Kemmons Wilson Companies. Throughout his career, he has developed many hotels, office buildings, retail centers, residential subdivisions and homes in Tennessee and Florida. Spence also has broad manufacturing operations experience, which is an active investment area for Kemmons Wilson Companies. Under his leadership, company interests have expanded to include banking.

In 1995, Spence was named to the Society of Entrepreneurs. He is active in Bridges, Inc., and serves on the board of directors of The Wilson Foundation, a family philanthropic organization that provides funding to education, arts, religion, youth service and community development. Spence also serves as trustee and finance committee chairman at Rhodes College.

On countless occasions, Wilson provides both financial and practical support to lobbying and political efforts of the American Resort Development Association (ARDA) at the national and state levels. In 2007, Spence received the highest honor given by this organization, the ARDA Circle of Excellence (ACE) Lifetime Achievement Award.

“We offer beautiful, affordable resorts where families can come together to renew and strengthen their bonds. We believe every family needs and deserves that.”